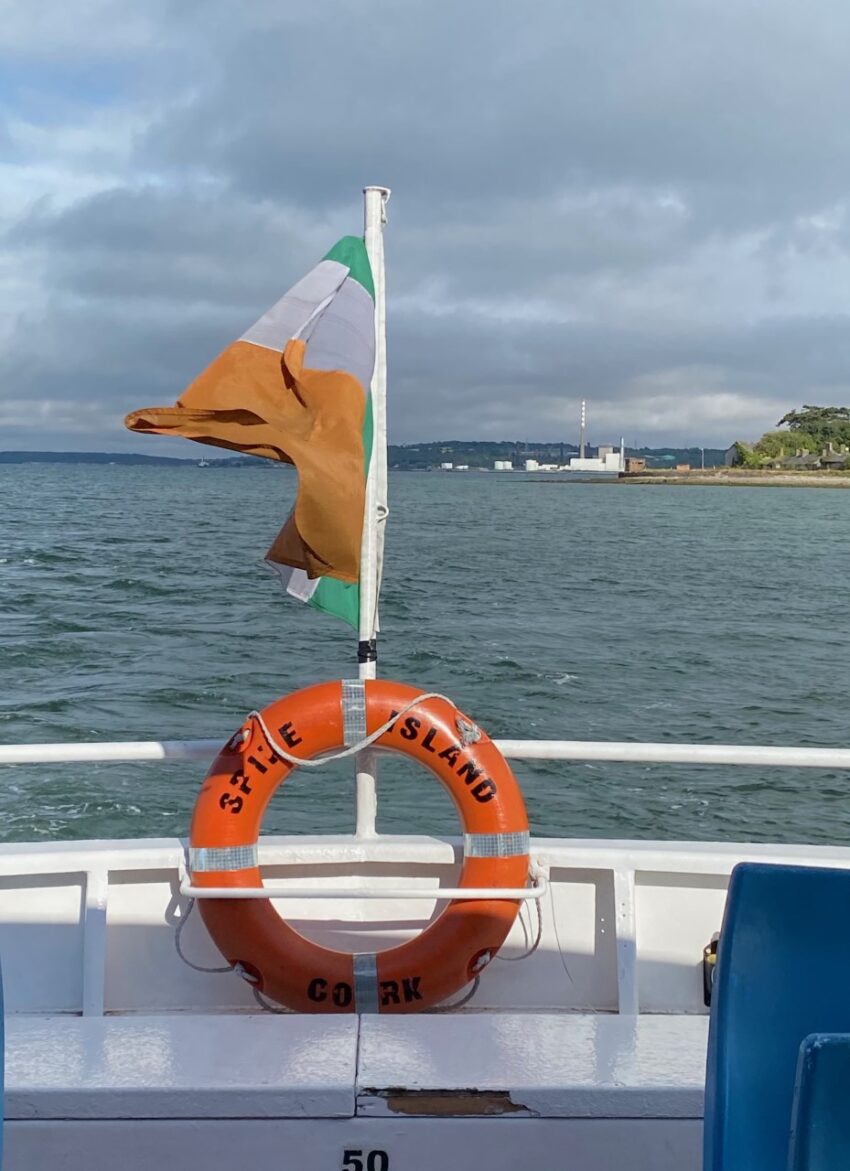 Spike Island or as some people say the Alcatraz of Europe is a place full history and intrigue. Located in the Cork Harbour and a neighbour to the Great Island of Cobh, Spike Island has had many transformation throughout the years.

To know Spike Island is to understand that it is not just a notorious prison in its former life. It was also a monastery, a fort, a settlement and now a heritaged area in Cork, in fact it was top European tourist attraction at the 2017 World Travel Awards.

In order to get to the island, one has to board a ferry at the Kennedy Pier in Cobh, a ride that is 12-20 minutes depending on the tides. The ferry has a sailing schedule which varies if it is peak or off season and can run daily, weekends and holidays, or for prebook only. Summer is, undeniably, the best time to visit but be sure to also check the available time when booking your ferry journey date.

It is important to establish that Spike Island is not just a penitentiary settlement but also has a local or integrated community at some point of its existence. There was a thriving farming and fishing community back in the days when it was a monastic institution. We also saw military families took residence during and after the many wars the island had served as a fortress.

In fact, some of these houses, though not habitable, still stand today as a reminder of its past. One fine example was the house (pic below) of Ellen Nellie Organ. Little Nellie of Holy God was the inspiration by Pope Pius X for granting the communion age from 12 to 7.

When you purchase your ticket, one should know that it includes the ferry ride to Spike Island and back and also a guided tour from experienced tour guides. The tour is optional but it is recommended because it gives you some lively storytelling on the 1300 year history of Spike Island. After the tour, you have plenty of time still to explore or do a nature walk around the island.

Viewed from the above, the distinctive star shaped Fort Mitchel covers 24 acre of fortification and defense. This massive fort is big enough to fit the whole of Alcatraz island inside! It was built to protect Cork Harbour from warring nations, as a military garrison and later to house prisoners during the Great Ireland Famine.

Serving as a prison up until 1985, Spike Island is almost synonymous to a prisoners nightmare. “In its 36 year existence from 1847 – 1883 over 1300 would perish and as many as 750 died under the watch of the first surgeon on the island, who was said to be a drunk and opiate . Today two mass graves on the island attest to the awful conditions.”

Visiting Spike Island would give you an opportunity to check out the restored creepy enclave of the “Punishment Block”. Many prisoners were broken here because of the inhumane treatment and appaling conditions.

The last of the prison doors were closed in 1985 after a riot broke out. The prisoners eventually took control of the island and even burned the accomodation blocks A and B (see picture below). Unable to escaped and forced to surrender, the prisoners were appeased and the situation was managed but this event ultimately led to the closure of the prison institution.

Aside from the regular tour and in keeping with being a family-friendly place, Spike Island also offers school tours. There’s also another side of Spike Island where one can go take the sombre “After Dark” tour. And for a diffent vibe on the island, one can book their special tours such as Culture Night, Literary Festival and other events.

A day or night in Spike Island is a privileged walk in history. Before it is a heritaged and a tourist attraction that we enjoy right now, it was a place that had undergoned a lot of turbulent changes, ok it also had peaceful stints, but the way it was shaped socially and politically left an impression that lean on the ominous. We are lucky and privileged today that we can explore the island in peaceful and welcoming times.

2 thoughts on “Why Spike Island is a Must-Visit in Cobh Ireland?”