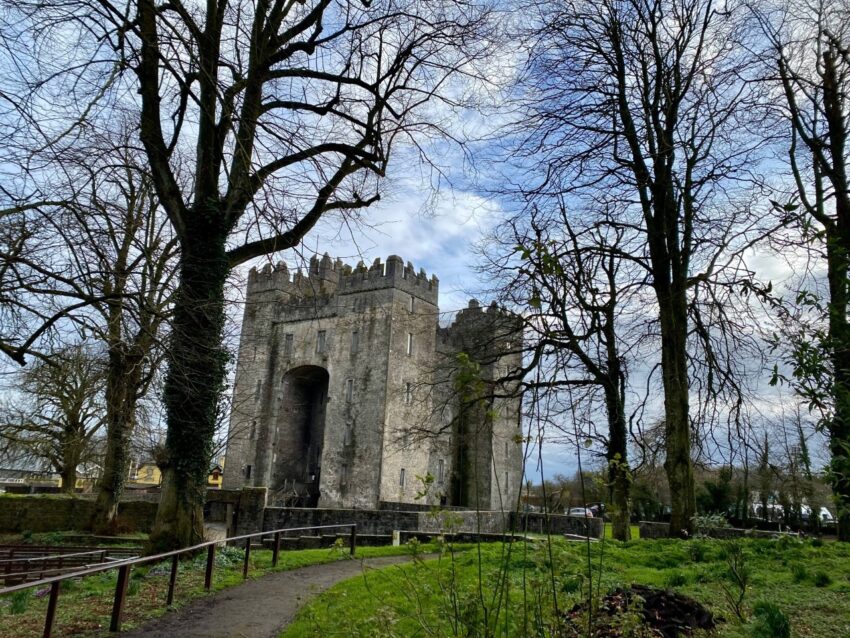 A visit to Bunratty Castle is a close-up tour of one of the most impressive castles in Ireland. Nestled on County Clare, the 15th century castle is complete and restored as it can be and a designated space with a Folk Park on its vast estate.

The present castle is said to be built around 1425. After many owner successions and witnessing wars and disrepairs, the current structure was purchased and restored by the 7th Viscount Gort with assistance from the Office of Public Works in 1956, and was opened to the public in 1960.

Today, it is run by Shannon Heritage and it attracts thousands of visitors a year from locals and tourists. Aside from the castle and Folk Park, there is also a cafe and a gift shop in the vicinity.

Welcome to the prestigious Banquet Hall where the royals used to dine and spend a lot of merriment. Nowadays, the hall is a reminder of its once glorious era and sometimes a place where they hold occasional events, most notably a medieval meal banquet with storytelling.

Narrow steps and even narrower doorways are features of Bunratty Castle, as it open up to high-ceiling and magnanimous rooms like the Banquet Hall. Staying at period-theme on most of its interior design, one can view furnitures, art pieces,, tapestries and other original items dating back to the 1600s.

The other highlight on Bunratty grounds is the wide recreation and garden area called the Folk Park. Surrounding the castle are rural farmhouses and a 19th century village streets and shops. School, pub, hardware store, grocery, post office, you name it, this buildings are authentically Irish on the 19th century setting.

There is also a walled garden at Bunratty House. The park also has a place for native animals like Irish Red Deer and Irish Wolfhounds, and indigenous breeds of sheep, goats, cows, pigs, ponies, and poultry. Kids would find it a fun zone too with the Fairy Trail and a Viking Playground.

I wrote this post as a go-to-place for our recent American visitors who wanted to see what a castle looks like inside and outside. We have our own Belvelly Castle nearby but it is a private residence. They are also delighted to walk around the 19th century Irish settlement in the form of recreated houses and shops. By all account, this is a perfect day trip for the above reason if you are driving from Cobh.