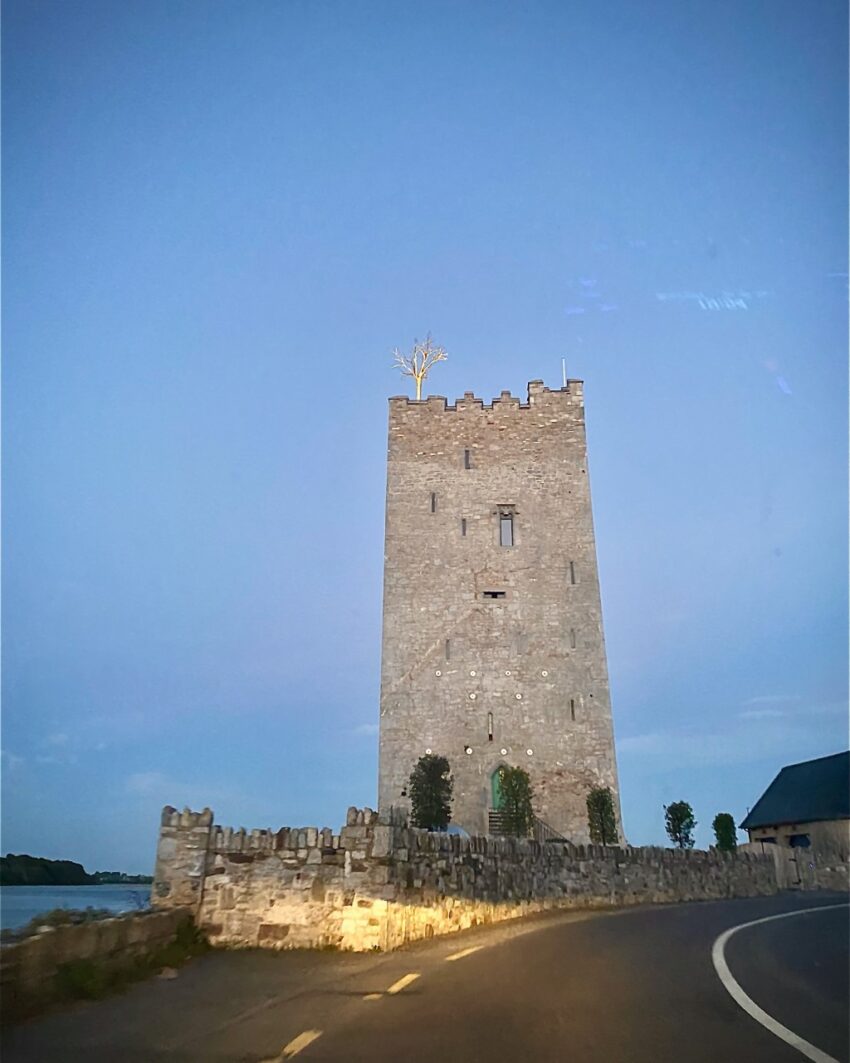 A dreamy castle at the edge of Cork Harbour waterway, Belvelly castle is a towering welcoming structure to those entering the Great Island of Cobh. Driving or walking from Fota island, there is a stone road bridge aptly named Belvelly bridge that connects the two islands.

There is a lot to be said about the beautiful location of this castle. You can find different vista and photo angles and perspectives around its surrounding on different times of day and on different seasons. Whether it is shot on sun, rain, snow, fog or other elements, the 80 foot tower is a favourite among visitors and locals.

First built in the 12th century, the fully restored Belvelly castle that you see right now has gone through a lot of ownership and transformation throughout the years. From the castle’s first owner (the Hodnett Family) to the castle’s siege of the de Barry and from being “broken down” in Sir Walter Raleigh’s time in 1581 to being used for military purpose, the changes, abandonment and reincarnation of the castle is one for the history timeline.

Fast forward 2016, after years of neglect, the castle was finally bought at auction by current owners Garry and Anne Wilson from Antrim. Restoring the old glory of Belvelly castle would prove to be a daunting task. Before the actual work started, the place was blessed by a local priest.

There were a lot of stabilization measures that need to be done and the stonemasons had to painstakingly fortify the walls while maintaining the authenticity of the period. Despite being overbudget and tons of complications along the way, it was finally completed in 2018 with what Irish Examiner reported as a 5 million euro rescue.

According to Gary: “We are only custodians, it will last another 600 years. We have ensured that future generations will touch the same stone as the Hodnetts touched.”

Two notable visible features are the two sculptures at the roof of the castle. The 3 meter bronze “The Thinking Man” and the 5 meter “The Golden Tree” with gold leaf are commissioned to Irish sculptor Orla de Bri. One can find them glistening in the day light or on the spot light at night. On holidays and special events, one can see some lighted visuals on the front wall of the tower too.

Interior designs and features are equally impressive and add class and modernity on the restored product. There are 5 floors and 6 bedrooms in these 4,500 square foot tower with a lovely spiral staircase. And although this is consider a residence castle, the private owners also open up its door to the local community several times a year.

2 thoughts on “Belvelly Castle: The Guardian of the Bridge to Cobh”