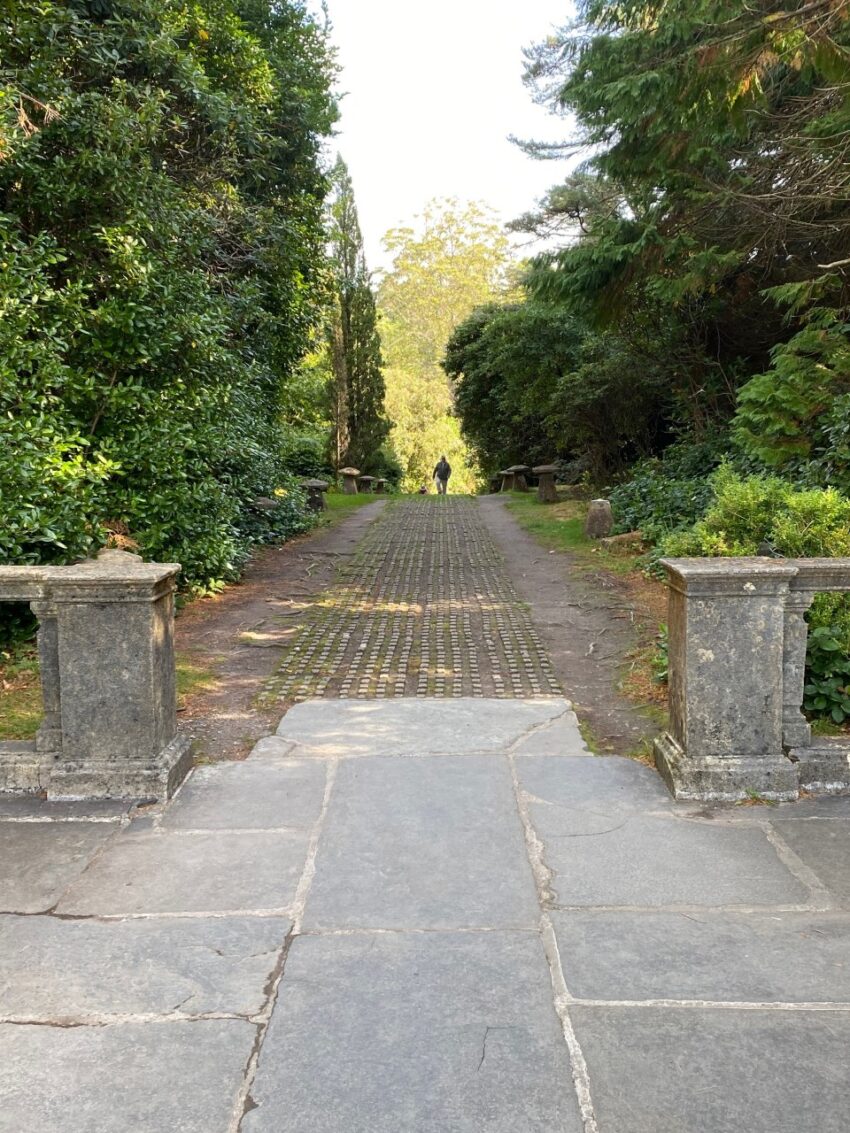 Today’s out of town trip from Cobh took us to Garinish Island. It is located in the deep end of West Cork Ireland and is a good hour and 45 minutes to two hours drive from the Great Island of Cobh. In order to get to the island itself, there is a fifteen minute ferry ride that leaves every half hour.

From the roads to the waters of Bantry Bay, there are beautiful scenes to see along the way. There are mountains, hills and small villages that you would drive by and there’s also islets with seals (pic below) on your ferry ride. Note: the seals are regular resident so you would most likely find them lounging on this rocky formation on your visit.

Sometimes called an island garden, Garinish Island is a favorite among horticulturists around the world. It is a special and unique garden in Europe because of the plant collection that consists mainly of Southern Hemisphere plants. This warm loving plants thrive and survive because of its sheltered position and the warming effect of the Gulf Stream.

The island was designed with not just the plants in mind but also the landscape. The collaborative effort of original owners Annan and Violet Bryce and renowned architect and garden designer Harold Peto transformed the major layout of the island garden. Enduring wars, storms and neglect, the garden has gone through a lot of changes, including the transfer of ownership to the  Office of Public Works in 1953.

One of my favorite areas of the garden is the photo-op spot Grecian Temple where there is a magnificent view of the waters and the mountain. The other picture-worthy scene is the classical Italian Garden where there are both sunken and elevated positions. It is trully a horticulturist heaven as many of these plants and trees came from around the world.

Located on one end of the island, the Martello Tower is impressively preserve at the time of my visit. Once used as a defense structure by the British, the tower has vertical walls and a narrow spiral staircase that leads to the lookout point at the top. The bay, the mountain, harbour, nearby Whiddy Island and different parts of the garden are panoramically viewed on this highest point of Garinish Island.

The more formal Walled Garden is a beautiful enclosure of a variety of plants, mostly flowering plants. Strolling around here is a treat for the senses as different scents waft in the air, different colours entice the sights and often different sounds from the wildlife and rustling leaves serenade the eardrums.

Expect a lot of walking when you visit but to be honest you won’t realized you are walking a lot because you would always stop and pause at the beauty of these plants and the walkways.